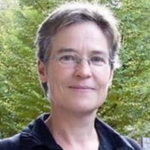 Martina Merz, professor of Science Studies at Alpen-Adria-Universität Klagenfurt | Wien Graz, Austria and visiting scholar at the Academy of Finland Centre of Excellence in the Philosophy of the Social Sciences (TINT), University of Helsinki, Finland (both since 2014).

After completing a first degree and a doctorate in physics at the Ludwig-Maximilians-Universität Munich, her aim to investigate contemporary sciences as social and cultural phenomena brought her to sociology and the field of Science and Technology Studies (STS) and, thus, to the University of Bielefeld. Her scientific activity led Martina Merz to Geneva (for an ethnographic study at CERN) and from there via Bern to Lausanne. From 2006 to 2013 she held a professorship of the Swiss National Science Foundation at the Department of Sociology at the University of Lucerne, heading a research project on the constitution of nanoscience as a novel research field in Switzerland. She spent the academic year 2013/2014 at the Academy of Finland Centre of Excellence in the Philosophy of the Social Sciences (TINT) at the University of Helsinki before moving to Austria in 2014.

Her recent research focuses on the local configuration of new research fields, the representational practices in science (models, simulation, images), and the methodology of qualitative social science. She explores interdisciplinary science not only as a study object but also in action, cooperating time and again with social scientists, philosophers, historians, and, occasionally, physicists.